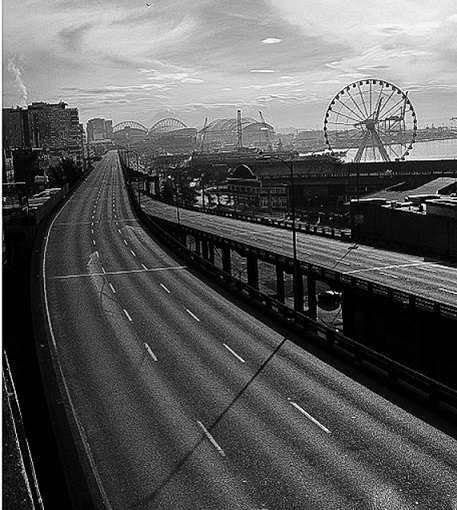 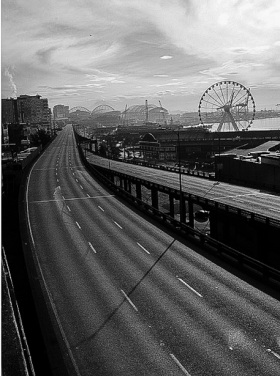 a bridge composed of several small spans for crossing a valley, dry or wetland, or forming an overpass or flyover. (Wikipedia)

a long elevated roadway usually consisting of a series of short spans supported on arches, piers, or columns. (Merriam-Webster)

Seattle’s Alaskan Way Viaduct certainly was that. Unlike its more picturesque cousins around the world, this viaduct was not built of stone and did not have attractive arches. It was not a thing of beauty.

It was purely functional. Built of concrete and steel in 1953, it had two levels, one going north, and one going south. It stretched about two miles along the waterfront, affording very pleasant views of Puget Sound and the Olympic Mountains.

That’s the thing that will be most missed by drivers. The views.

The elevated roadway reached the end of its useful life, helped along by the Nisqually earthquake in 2001, which damaged the viaduct. Ever since then, the roadway was closed for a couple days every six months for safety inspections. It was slowly sinking, but every inspection gave the A-OK for it to continue to be used. 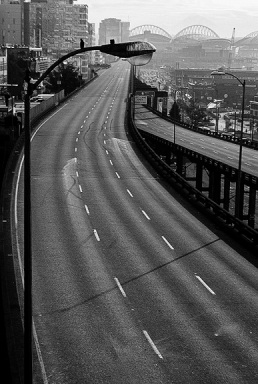 However, the debate about how to replace it spanned more than a decade. The final determination was that a tunnel would be built and the viaduct would come down. 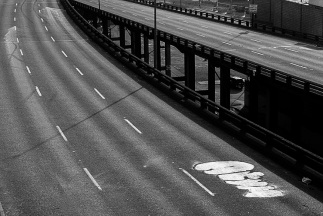 After years of drilling the tunnel, the day of reckoning has finally come, a little behind the original schedule. The viaduct has been closed forever, and it’s three weeks till the new tunnel opens.

What are commuters and drivers to do? Take public transit and have a lot of patience!

Happily, I no longer have to commute. But two days into the new age, I ventured downtown by bus to have a look and take some pictures. What I found was a scene of tranquility. If it could only last.