Yesterday, we had a brief bout of crazy weather. It’s the kind of thing I love, watching the sky change, the light, cloud shapes, cloud colors.

In the space of maybe a half hour, I watched the scene unfold, as slow-moving storm clouds crept westward. In the distance, I saw a dark arm reaching down from the clouds. Rain was falling over there. I hurried out to take some photos.

What I found so interesting was a series of cloud layers above the rain curtain. Different shades of grays, gray-blues. Slowly, the great cloud shapes morphed, colors shifted.

The dark front moved closer to my area. I saw one flash of lightning and heard one clap of thunder, but not too close. The air had become so much colder. The temperature must have dropped a lot. No rain was falling yet.  The front continued on the move. 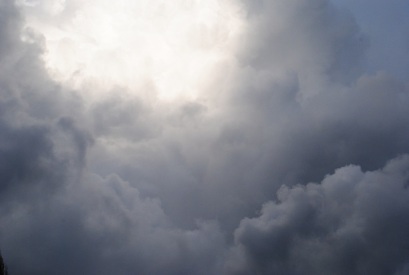 I went back indoors. But I kept watching out the window. A short time later I noticed a very subtle patch of color within the gray clouds, like an apricot color. I went out again to record it. 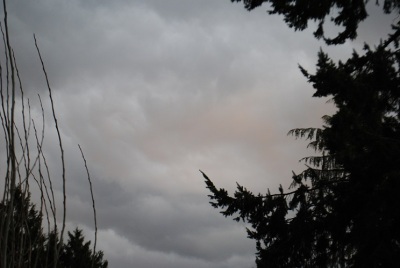 Somewhere to the west, a slice of late-afternoon sun must have hit the clouds. I watched as the color slowly deepened. Did anyone else see that?

The icy air drove me back indoors, and pretty soon I started to hear tinkling against the windows. Was it sleeting? Was it hail? I couldn’t tell for sure. Usually I’d say such weird weather produces hail, but it was so tiny and it had gotten so cold, I thought it could be sleet.

The sky was very dark, but in the distance I could see a dramatic sliver of orange beneath it. 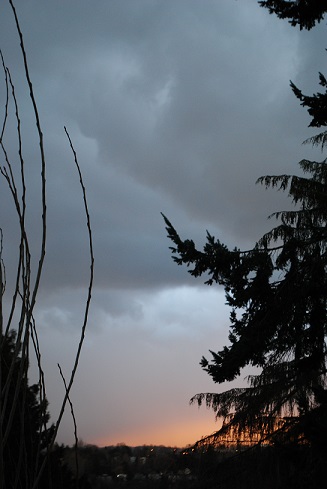 The precipitation continued for a little while, and later on the news, I had confirmation. Hail! Mine wasn’t big enough to photograph, but I saw photos from other neighborhoods that had pea-sized hail. 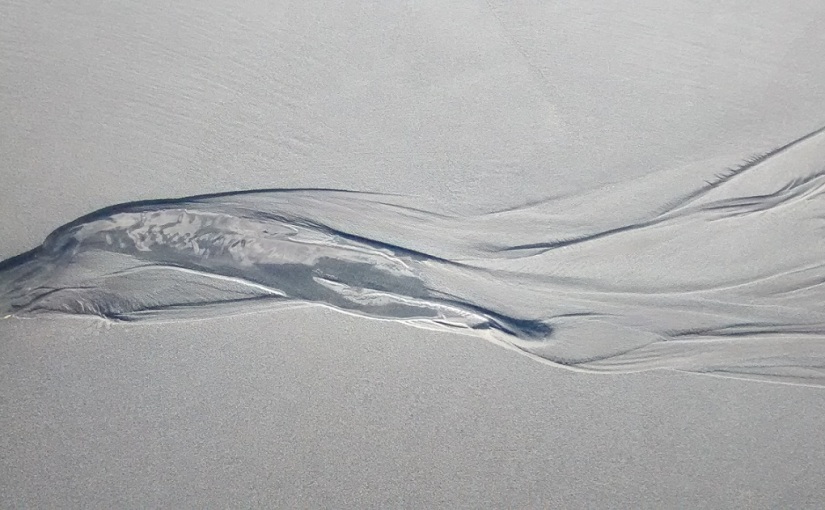 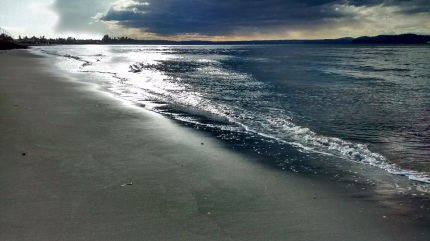 The sun played peekaboo today with heavy clouds. As I walked the path beside the beach, I realized the tide was going out, so my walk turned into an impromptu beach walk on the pristine sand.

What a beautiful palette. 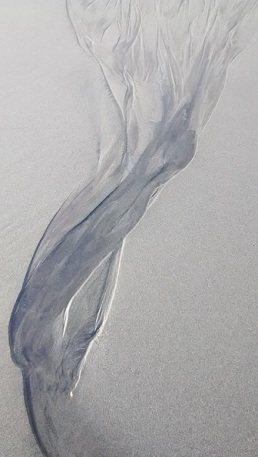 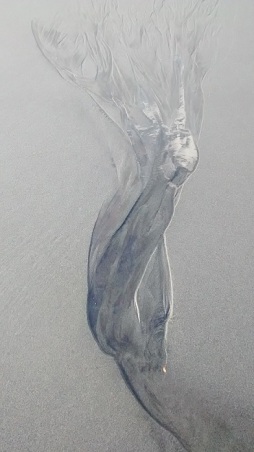 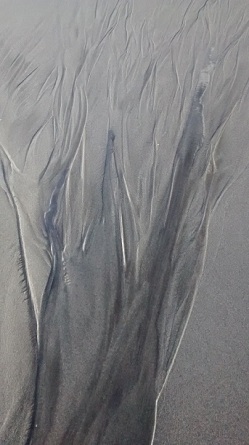 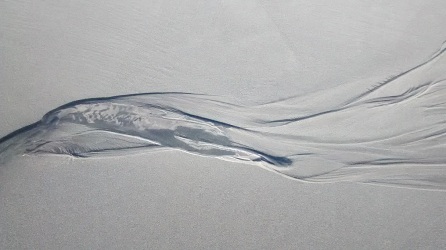